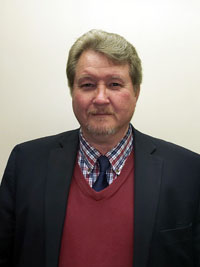 Mr. Cobble is an Attorney & Counselor at Law, and owner of Cobble Law Firm, a law firm with offices in both Tennessee and Pennsylvania.  He has been admitted to practice law in state and federal courts in both Pennsylvania and Tennessee since 1997.

Mr. Cobble completed his Bachelor of Science degree in Secondary Education at Pensacola Christian College (Florida) in 1983 and he received his legal training by earning his J.D. from Regent University School of Law (Virginia) in 1996.  In between these two degrees, he also earned a Master of Art degree in Education from Tusculum College (Tennessee).  In 1986, Mr. Cobble was selected as one of 16 educators from hundreds of applicants in a 5-state region to participate in a unique master’s level program, whereby upon completion, he was named a Stokely Fellow by the University of Tennessee, an honor recognizing his outstanding contributions in the field of liberal arts education.

Mr. Cobble has served as an affiliate attorney with a number of first amendment organizations such as The Rutherford Institute, the National Legal Foundation, the Christian Law Association, and the American Center for Law and Justice.  He is a member of the Federalist Society and the Christian Legal Society, as well as being a former member of the American Trial Lawyers Association.  He has been named as a Life Member of the National Registry of Who’s Who and as a 2000-2001 member of National Register’s Who’s Who in Executives and Professionals.

He serves as corporate counsel and/or trustee for dozens of local, state, and national businesses, non-profit organizations, and for-profit corporations.

Mr. Cobble believes that a successful law practice is primarily rooted in client education.  He begins all consultations by collecting the facts, explaining to the client how those facts apply within the law, and then advising the client of the various strategies that are available.  He attributes his success to the blessing of God, hard work, good client relationships, and his adherence to the Golden Rule. .

His Pennsylvania office serves as a satellite office, and it is located in Elizabethtown, Lancaster County, Pennsylvania.